Eydie Gormé sings “What Did I Have That I Don’t Have?” 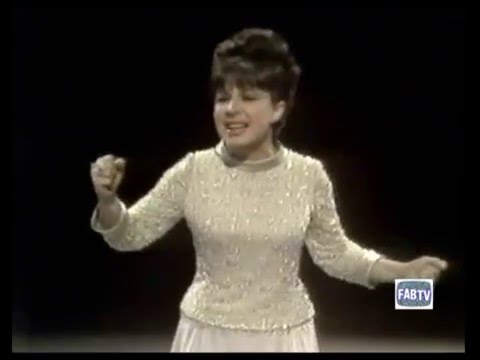 For my last selection this week, I am spotlighting Eydie Gormé.  A terrific entertainer and one of my all-time favorites.”  I use the word entertainer as besides great vocals, she always seemed to deliver on all levels.

She was born in Manhattan in August 1928 to Nessim and Fortuna Gormezano, Sephardic Jewish immigrants.  She got her big break and her recording debut in 1950 with the Tommy Tucker Orchestra and Don Brown. In 1953, she made her first television appearance, and met her future husband, singer Steve Lawrence, when they were booked for the original The TonightShow, hosted by Steve Allen.  She went on to have both successful solo and duo careers (with her husband) that lasted until her retirement in 2009.  She died four years later in August 2013.  Her solo career included crossover success in the Latin music market both on the domestic and international levels.

I’ve chosen a video clip from a 1966 Ed Sullivan show (I very well may have seen it then).  I was already aware of her by this time, mostly because of her 1963 pop hit “Blame It on the Bossa Nova.”

“What Did I Have That I Don’t Have?” is from On a Clear Day You Can See Forever  (book & lyrics by Alan Jay Lerner, music by Burton Lane) that starred John Cullum and Barbara Harris.

The focus and intensity and emotion she brings to this performance is breathtaking.  And the way she sells it in simple “stand & deliver” style blows me away.  I get goosebumps every time I watch it.  Sadly I never heard her live and I had multiple opportunities.  Thankfully we have these classic performances on the internet accessible at just a few clicks.

Hope you’ve enjoyed this week.  Next week, I hope you will continue to listen as I bring you some holiday favorites.  And if you are enjoying this blog, please share it with others!

p.s. I also offer a second video of Gormé from about ten years earlier performing “I’ll take romance” (music by Ben Oakland, lyrics by Oscar Hammerstein II).  An interesting fact about this song, the opera singer Grace Moore premiered it in 1937.  Search it out and listen to her interpretation…a complete 180 from Gormé’s.