Colin Hay: Waiting for My Real Life to Begin 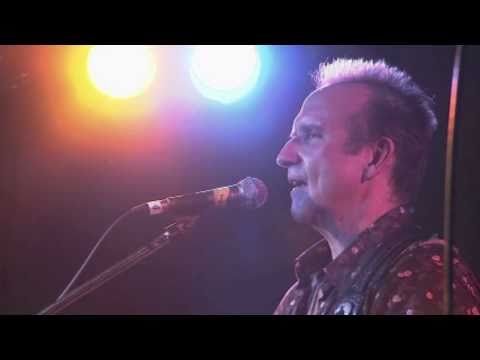 I didn’t grow up listening to the music that my grandparents would call “what the kids are listenin’ to these days”. I never seemed drawn to tune the radio to the station with the top 100 or follow the latest band or singer. Instead, I spent my time listening to Original Broadway Cast Recordings and the great standard singers, like Tony Bennett, Bobby Darin, and Rosemary Clooney. But in college, I found a different singer that was just as good a storyteller as any cabaret luminary I had seen: Colin Hay.

If his name doesn’t immediately jump out at you, I wouldn’t be surprised. He probably wouldn’t be either. However, if I mentioned that he was the lead singer for Men at Work, the group responsible for such hits as “Down Under” or “Who Can It Be Now?”, it may bring back some 80’s nostalgia. I was introduced to him through an episode of the TV show “Scrubs”. During the episode, a girl who’s on the heart transplant list hopes that death is “like a big Broadway musical. Everyone’s all dressed and singing to the rafters and you go out with a real flourish.” Eventually, as she dies, the show switches styles to a musical and she sings “Waiting for my Real Life to Begin.” The hopeful song spoke to me, a college student at the time, about the excited feeling of the next step in life, but also learning to enjoy the anticipation. Needless to say, I was floored and immediately went on a quest to find everything that he’d written.

My quest proceeded to produce…not much. After Men at Work broke up in 1985, Hay was trying his hand as a solo artist. He released a few solo albums in the nineties and found himself playing small clubs and bars to try and build a base. When I was in college, I ventured down to the village with my best friend for the very first time to see him in person. Entering the basement of the club, I didn’t know what to expect. I still only knew him from “Scrubs” and his album “Man at Work”. He took the stage and immediately went into his song “Wayfaring Sons”. What followed for the rest of the evening was wonderful music and great stories told in such a way that made you feel you were in on a secret. I’ve now seen him perform a handful of times and have never been let down. He has earned the greatest honor in my iTunes collection I can bestow: a playlist that is simply titled with the artists name. To show off his work, I wanted to include not only the song which I love, but, also, the other Colin Hay I love, a raconteur with wonderful stories.