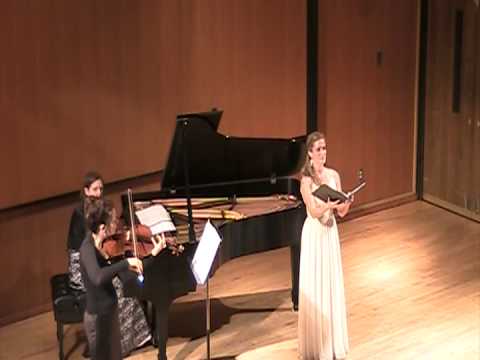 Perhaps the most famous contemporary cross-cultural composer, Bright Sheng has an original compositional dialect that combines Western traditions and Chinese traditional and folk music. His music results from both his personal cultural upbringing and his intentional study and research of the principles underlying both nations’ musical traditions. His schooling was primarily in America. However, he is constantly involved in compositional and academic endeavors that strive to blend and define international musical styles. One such example was his participation in the Silk Road Project. Born in China in 1955, he moved to the United States in 1982. These Three Chinese Love Songs come from shortly after his immersion into American schooling in 1988. Within a very traditional chamber music setting, the music demands extended techniques to achieve certain Eastern sounds to blend with the lyric lines of the soprano. Even after only six years of studying in the United States, Sheng developed a very enticing and organic blend of cultural styles, marrying different traditions into three beautiful songs.