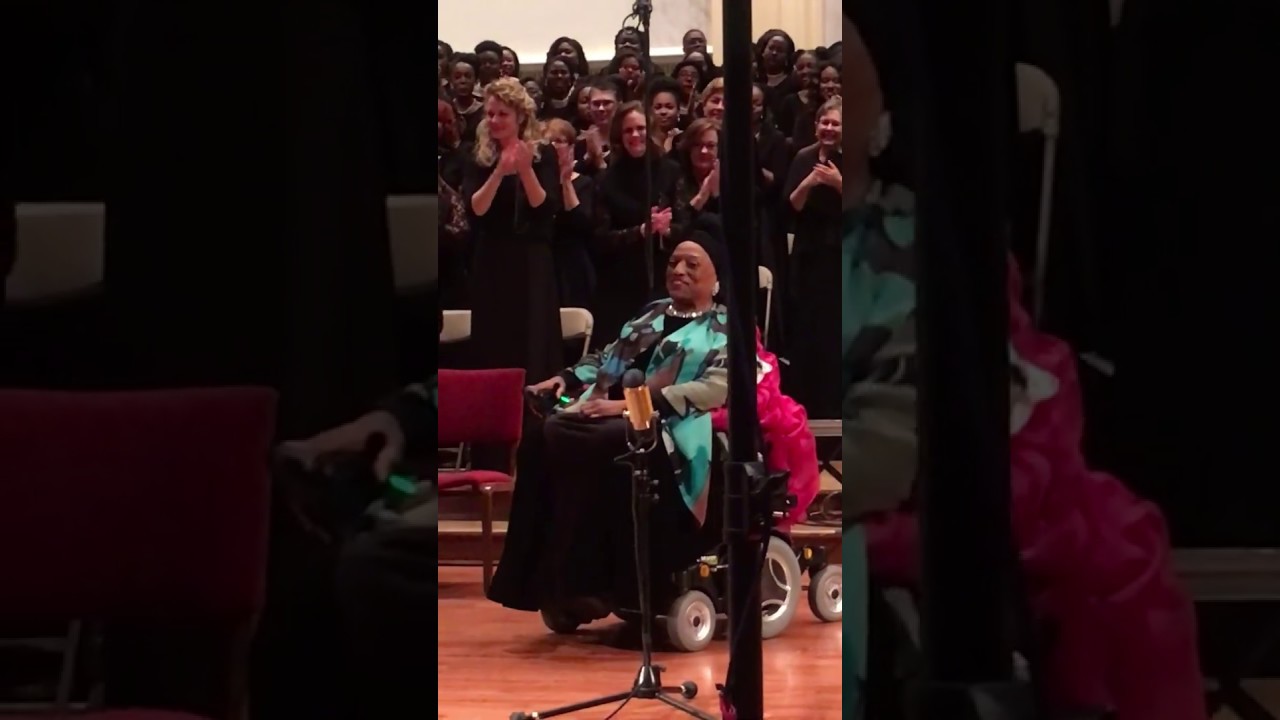 This week New York Festival of Song honors the great Jessye Norman and her legacy with a series of remembrances from those she inspired. Today’s tribute comes from baritone Justin Austin.

Growing up, Jessye Norman was the “Ariadne lady.” I knew her from the famous rehearsal footage of the Metropolitan Opera’s Ariadne auf Naxos starring Jessye, Kathleen Battle, Hermann Prey, and a number of other opera greats! Jessye was the prime example of how grace, dignity, class, elegance, honesty, and story telling can be shone through the voice alone. She was always an “opera” great in my mind until later on while I was in high school, I discovered her breath of work, specifically in song. I was blown away with her artistry and gift. The more I learned about music myself, the more I grew to appreciate her incredible qualities as an artist.

When I started exploring the world of Song for myself, I gravitated towards German lieder and American song. Being a German-born American, I guess that’s not surprising, but I fell in love with music all over again. By the time I started conservatory, my teacher gave me a few more American “classic” songs (formerly known as “art” songs) by the composer Margaret Bonds. At the time, I thought I didn’t know Margaret Bonds. I went to the music library and the first recording of Margaret Bonds I heard was Jessye Norman singing “He’s got the whole world in his hands”, a song my mother sang all through my childhood. I was moved for so many reasons. Mainly, I couldn’t believe how full circle that moment was. After so many lessons, competitions, auditions, masterclasses, and performances, I finally had the opportunity to study music at the highest level. My master teacher gave me new repertoire and composers to explore and I raced to the school music library. I stumbled upon a recording of one of the greatest singers in history. After anxiously awaiting the sounds of Jessye’s voice in this seemingly unfamiliar tune, I was transported to a land of nostalgia. This tune wasn’t unfamiliar at all. This tune was my childhood. This tune was watching my opera singing mother gain her confidence back after having lost her voice for over a decade. This tune gave her hope and it still gives me hope to this day. Due to my mother’s condition, she wasn’t able to sing all that much, but in the Bond’s work, she painted a picture as vivid as the morning sky. Hearing Jessye that day realized for me every one of my mother’s intentions in that song. There was an indescribable joy in Jessye’s voice that brought so many personal feelings my way. A few years later, I took a class in grad school where we had to analyze a Joni Mitchel song that she recorded in the 1960’s then re-recorded in year 2000. The discoveries of this assignment reminded me so much of Jessye. I had recently heard Jessye sing Bonds’ “He’s got the whole world in his Hands” at the 50th anniversary of the March on Washington. Jessye’s performance, 30 years after the recording I heard in the school library as a new student, moved me to tears. I wasn’t aware of her activism and thirst for helping the world, bringing people together, and equality. The simple act of singing a song can change lives and help the world. Jessye’s attitude for life and music inspires me daily and I’m so grateful the universe gifted her to the world. The last recording Jessye ever made just weeks before her death, included “He’s got the whole world in his hands” by Margaret Bonds accompanied by my good friend, Damien Sneed. The album is slated for release next month, but here’s a little preview of Jessye’s timeless storytelling and artistry that was absolutely breathtaking up until her passing.

“In the heart of our creator, every soul has the same value and should be valued equally. Thank you very much for the opportunity to sing for you” -Jessye Norman