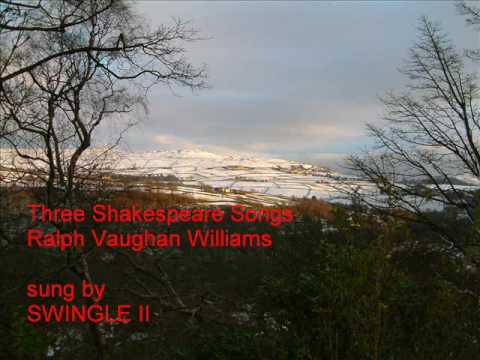 Wow, there are so many things that come up on youtube when you search for Shakespeare!  Lots of chaff and some interesting wheat, like this dreamy recording from 1977 of Three Shakespeare Songs (“Full Fathom Five”, “The Cloud-capp’d Towers”, and “Over Hill Over Dale”) by Ralph Vaughan Williams, sung by the vocal ensemble Swingle II.